This Sunday the under 11’s travelled to Thurrock on a very foggy day. With a slightly earlier start being ready to go for 10am was a bit of a challenge, more so for some, however the clocks going back helped most of us. The slightly earlier start meant we had plenty of game time this week we changed our team almost completely at each half time so all the kids played in all the games.

The kids elected two captains for the day. First half captain was Owen Eynon and Second half Captain Will Pite. While the 1st half team were playing Will did an excellent job of pulling his team together and running through some drills in preparation for the games.

In the first game we started strongly, a slight knock to Archie knocked the team as Archie recovered, there were some great tackles from both sides. Archie back on the pitch makes a great break to set up Montelle for our try. Unfortunately we didn’t stop Thurrock playing and we need to work on going to meet the opposition in the tackle and preventing them from running at us so a few tackles were missed.
The second half some great play from Henry and some good passing from Will meant we always looked dangerous. Unfortunately when we made mistakes Thurrock scored, one of their tries was scored with nearly all our team hanging on to prevent the Thurrock player getting to the line which showed great determination from the kids.

The second game followed we scored in both halves, two tries very well worked and we were finding our rhythm. Towards the end of the game we lost our way a little and Thurrock managed 5 unanswered tries to take the game.

In the third game we started well getting to half time at 1-1. Montelle scoring our try. The Thurrock team were enjoying their day and were passing the ball well to players in a space. This created some great moves and the tries kept coming. The Harlow players were starting to add switches and dummies to their play which was gaining them some ground, and the Harlow players were enjoying their rugby as they tried to make things happen.

The last game, squeezing in a shorted 5 mins each way game at the end, was full of smiling faces. The result didn’t go our way but only just. A good fun morning of rugby with plenty for us to work on for next week’s games against Barking and Eton Manor.

Man of the match this week was Montelle, he played very well passing and setting up others as well as taking his chances when they came. But this wasn’t the only reason, last week Montelle made a cracking tackle on his opposite number, unfortunately the opposition player was injured in the collision. After the game Montelle went over to check he was OK. This seriously impressed the kids and parents from Upminster, so much so they wrote to us to tell us during the week. Great sportsmanship Montelle, well done. The opposition player was absolutely fine after a hot dog and a hot chocolate. 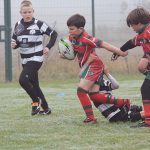 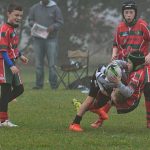 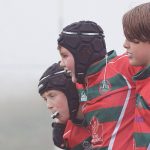 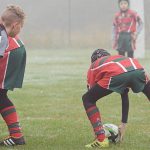 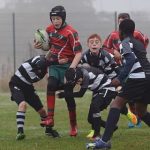 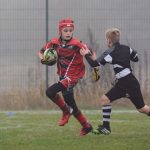 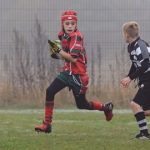 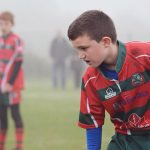 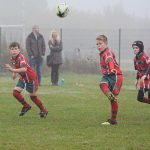