Building on the success of their last win, Harlow Ladies had another strong game resulting in an away win against Bishops Stortford Ladies on Sunday 7th November 2021. The team showed that they can deliver consistent performance, with another match full of clear communication, snappier ball handling, and a much tighter defence. Seeing their hard work pay off early gave the team a huge boost, and all the spectators could see that the team really enjoyed being on the pitch together.

Harlow were the side to kick off, immediately piling on the pressure, gaining possession quickly. A quick decision to kick the ball towards the Stortford try line from Nicole Livingstone gave quick sprinters Captain Katie Boggas, and back Sophie Figgins, the chance to push up and keep possession as close to the Stortford line as possible.

Unphased by the pushback, and despite narrowly losing the first lineout 10 minutes in, Harlow took advantage of a missed Stortford pass again pushing back towards the Stortford line. Winning the first scrum of the match, led by veteran Harlow player Kelly Smith, but losing a few yards due to a short pass back, forwards Sophie Leigho and Emily Wooler were instrumental in taking the ball forwards and repelling (quite literally in Emily’s case) the Stortford defence.

A successful lineout from Sam Osterburg, a strong maul in the 10th minute, and a great pass from Hannah Walkner saw Captain Katie Boggas score Harlow’s first try in the 11th, with Hannah delivering a smooth conversion.

Despite Stortford coming back on the offensive, Harlow defended their end well. Wherever Stortford tried to break through, Harlow covered the space. The forwards and backs worked together well, knowing when to dive in and pull back, and the team saw an excellent defensive pairing in Sophie Figgins and Sarah Stimpson defending and re-taking the ball in in equal measure.

Sarah Stimpson tapping the ball towards the try line after Hannah Walkner was brought down in a tackle gave Emily Sprake the chance to take the ball over the line giving Harlow their second try 20 minutes in.

Despite some excellent defending from across the team, Stortford finally powered through and scored their first try, and conversion, of the match in the 34th minute.

After successfully winning back possession from a 35th minute Stortford scrum, Captain Katie Boggas set herself up for her second try of the match catching her own forward kick showcasing a brilliant bit of quick decision making. Hannah Walkner stepped up to the tee to successfully deliver her second conversion of the game.

The second half started well for Harlow, and although Stortford were determined to pull the game back Harlow weren’t phased with a confident, but unsuccessful, run towards the try line by Emily Sprake. This was followed by the Harlow pack driving the Stortford scrum backwards in a brilliant display of strength and coordination thanks to the efforts of Hooker Kelly Smith.

Although Harlow lost possession after Vice-Captain Megan Sprake took advantage of a messy line out, a dropped ball by Stortford gave Captain Katie Boggas the opportunity to swiftly run in, grab the ball and give Harlow their 4th try, and her 3rd, of the game. In the 49th minute.
Despite this being the last try of the match, Harlow continued to push forwards, with strong runs from the likes of Emily Sprake, who made an incredible pass to Kira Lewis-McGarty unfortunately stopped by the Stortford Number 14.
A lineout win, and strong maul in the 64th minute saw Kira Lewis-McGarty and Charlie Tatham make another effort to get the ball across the line. This was an unlucky attempt, with Charlie just losing her grip before touching down as Stortford dug in pushing Harlow back.

Stortford gave as good as they got throughout the game, and a 70th minute Stortford scrum culminated in Harlow conceding the last try of the match as Stortford fought their way over the line and converting their try.

Although the remainder of the half was try-free, Harlow continued to drive forwards spending more time in the Stortford end than their own, and not slowing down towards the end of the game as they have in previous matches. The team were a lot more confident, and made the most of the whole pitch, using their fastest players to their advantage and trying to find any spaces they could in the opposing defence. All in all, this game gave Harlow an even stronger idea of their strengths and showed that all of the training work they’re doing is helping to build on those weaknesses, creating a much stronger, more technically minded, team.

“This game really showed that we’re able to settle in quickly. Usually, it takes us a while to warm up and get into the game, but today we started from the word ‘go’ and really showed we wanted the win. We had much better chat, and it goes to show that what we’re doing in training is working well.”

“This game saw us deliver much stronger scrums along with some impressive defence work. The team is doing exactly what we’re asking for in training and we can only go up from here!” 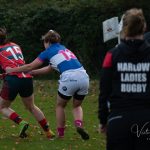 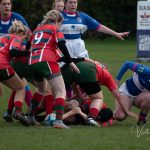 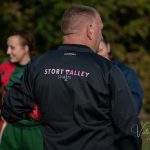 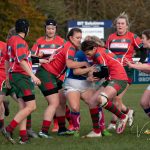 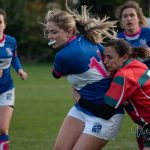