Harlow met bottom of the table Ilford on Saturday and but for one defensive slip early on played a faultless game. They ran in sixteen tries twelve of them converted to record their biggest win in many years.

This puts them in second place in the league two points behind the leaders, Wanstead but with a game in hand. Their major challenge is third placed East London who they still have to play. Harlow have a six point margin but a defeat in this match would reduce the chances of overtaking Wanstead.

This weekend Harlow meet seventh placed Upminster away who, despite their position have a good home record. Just to complicate matters First placed Wanstead still have to meet third placed East London. The league outcome will be close and bonus points could play a major part.

On Saturday Harlow went ahead in the first few minutes and had a three try lead within 15 minutes. Ilford managed to get into the Harlow 22 following a penalty and a defensive error let them in got their converted try. Harlow hit back almost immediately with their fourth try to secure the bonus point and by half time had a 31 – 7 lead with tries from Dale Stalley, Scott Whitby and three from Andrew Tarsey.

The second half saw eleven more tries with two more from Tarsey and three from Whitby. As the game progressed it was good to see so many players involved in the attack. Weston added a hat trick coming off the bench and Kain Claridge and also got on the scoreboard. This was a real team effort with support runners providing backup to the scorers and real pressure from the forwards. 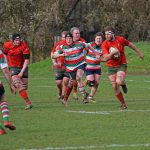 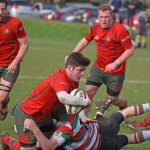 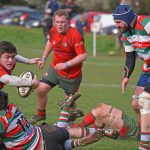 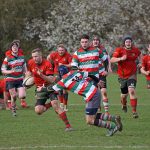 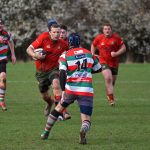 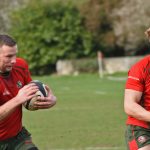 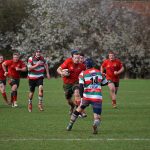 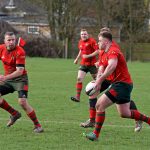 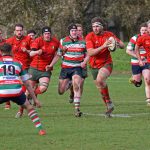 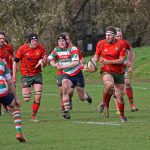