Today we welcomed Epping Upper Clapton to Ram Gorse for a series of three 20 minute games. Before the games commenced we came together at 10:30 with the under 10s to hold a minutes silence and a minutes applause for Dean Read a senior player in our Rams XV who sadly passed away last Sunday and Colin Jenkins who has done so much for the club and the players is in over the years. At 11am we joined with the whole club to hold a minutes silence to mark remembrance day. For such young players the respect they showed we of the upmost regard and it was a proud moment, or three to be involved in the sport of Rugby at Harlow Rugby club.

Epping Upper Clapton kicked off to Harlow and as the game got underway it was clear there was something not quite right with the approach of the Harlow team today. With little pause for breath Harlow were conceding tries 1-0 after a minute then 2-0 after 4 minutes and 3-0 just before half time. Some work to be done on rucking, working as a team and passing was quickly identified.
3-0 – Half time

The team almost completely changed at half time with only those putting in the most effort remaining on the pitch in Henry (tackling well) and Jacob (rucking and looking after the ball). This half Harlow kicked off and this team seamed to also be still asleep. It wasn’t long before Upper Clapton scored 2 minutes into the half. But then a spark al life as we briefly remembered that we are on the same team and we quite like each other and passed the ball. Joe found himself in a little space and was able to outpace the defence to score Harlow’s first try on 4 minutes. The rucking seemed to be costing us today and although the bigger players on the opposition we appeared to be losing the strong man competition. Upper Clapton scored on 5, 7 and 9 minutes to win the game.
Second half – 4-1.
Final score 7-1
It’s not often the players are told off by the coaches but today coach Paul stepped in to remind the kids that looking after the ball and each other out on the pitch is paramount. The tackling, rucking and passing needed to improve and the kids were left with no uncertainty in their minds that they needed to improve. They are good players and they know what to do.

The second game got underway with Epping kicking off. The tackling was improving significantly but the challenges at the break down continued. This lack of good quick ball was hurting us and with both teams playing one out passing rugby the battle of the strongest kid continued with few chances for both teams in open green grass. Upper Clapton score on 1, 4 and 6 minutes to take the first half.
Half time – 3-0

Harlow got the second half underway and quickly scored showing they were up for the fight. Upper Clapton were not going to roll over and finished the game strongly scoring on 5, 6 and 9. The defence was improved and an absolutely wonderful try saving tackle from Henry had the supporters from both sides applauding him.
Second half 3-1
Full time – 6-1

The last game was underway with Upper Clapton kicking off, a much improved start with Montel getting the ball from the kick off and zipping away to score in the first minute. The rest of the half was a shear dogged defence from the Harlow team, the just kept tackling whatever was in front of them. At one point Upper Clapton were camped on our line and the Harlow kids tackled so ferociously that the same set of tackles had pushed them back to the half way. Owen told me afterwards is managed an impressive 42 tackles!
Half Time – 1-0 (Harlow)

The team changed for the final half of the morning, and the ferocious tackling continued, as the players showed they have the Harlow dog inside of them. Some good play from Upper Clapton was rewarded with tries on 5, 8 and 9 minutes. It appeared Harlow were saving their best for last and this was the best game Harlow had played.
Full time – 3-1 (Epping)

Afterwards the players talked about how much they enjoyed playing and who their man of the match for the day was, with a number of kids called out for the effort they were putting in. Montelle, Freddie, Archie, Bailey and others were all mentioned. The coaches agreed that Bailey, with the very red face at this time, had put in some significant effort and was awarded Man of the Match.

Next week we are training and the kids told us they want to work on tackling, rucking, passing and kicking. So that’s what we will do. 🙂 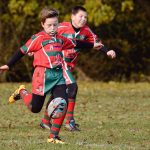 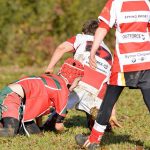 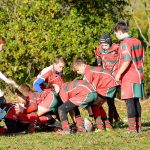 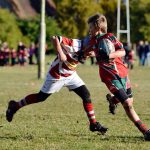 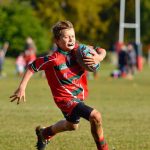 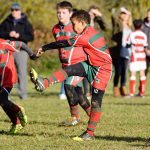 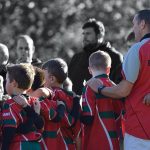 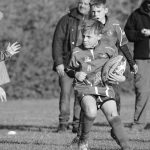 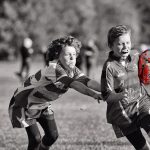 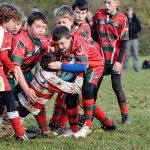 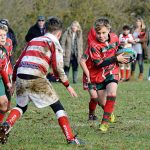 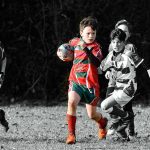 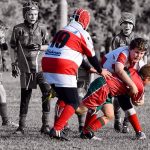 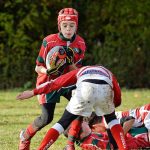