We last met Woodford in the Brentwood Golden boot back in October. Both sides were depleted by injuries COVID and general availability with is playing reduced numbers. At the time with Woodford coming out on top 21-7. With those availability problems behind both teams, it was time to look forward to a good game.

On a sunny Sunday morning, a little earlier than normal the players cleared the sleep from their eyes and took to the pitch.

The first half began as we caught the ball from the kick-off and passed, which was intercepted, and we were behind 7-0.

From the second kick Woodford played wide left and we were 12-0 down. Wakey wakey Harlow!

So now Harlow have woken up a bit Jamie Oliver kicked and chased well and followed up kicking it dead. From the drop line kick Harlow pressured again forcing a five meter scrum.  Ben Ferrier picked up and busted through to get Harlow on the score sheet 12-5.

Woodford came back scoring from a pick and go 17-5.

Mid-way we made changes in the front row to keep us fresh Joseph Williams on for Felix Waugh, Gabe Greaves for Atakan Alagoz.

Next up Harlow drove a line out from a good take from Freddie Adams. Ben Ferrier was able to break through and touch down. 17-10.

Harlow had woken up and were playing some nice rugby with Woodford on the rack. Henry Stovell put in a brilliant 50-22 giving Harlow the line out inside the Woodford 22. Strong running lines from Tolu Ajibabi and Ben Ferrier created space for Jamie Oliver to touch down which was converted by Joseph Pankhurst taking us into the lead for the first time in the game and half time. 17-24

The half time team talk reflected we need to up our work rate all the time and speed up our line out. When we run at the opposition we create opportunities.

Half time replacements included Brandon Jackson on for, Ed Lea, Alfie Dutnall for Freddie Adams and Owen Eynon on for Tobie Westbrook.

The second half began the same way as the first half! A Woodford break down the left and good support despite the Harlow players scrambling in defence. 22-24.

Harlow bounced back with a good purple patch in the game. A penalty at the break down won by Matt Macfarlane who was having his best game in a Harlow shirt, quickly tapped by Jack Rushworth to Henry Stovell and on to Montelle Levy who outpaced the defence and touch down. Converted by Joseph Pankhurst. 22-31.

The magical Tolu Ajibabi provided the inspiration for the next try with a cracking break busting through the initial tackles just being caught before he made the line and having the good awareness to lift the ball into the supporting Montelle Levy’s path and touching down for his second. Converted by Joseph Pankhurst. 22-38.

Woodford fashioned a try from scrum finding space on the left. 27-38.

Mid-way through the second half we reversed the front row changes made in the first half continuing to keep us fresh with Felix Waugh on for Joseph Williams and Atakan Alagoz for Gabe Greaves. Tobie Westbrook returned for Joseph Pankhurst who then went on to replace Jamie Oliver.

Harlow next broke down the left with Montelle chipping and chasing regaining the ball and then forward power play saw Harlow forwards pound for the line. Danny Billington eventually getting over out wide. 27-43.

Woodford should have been out of the game at this point but they came back first as Harlow were attacking and they lost the ball at the breakdown. Woodford shipped it wide left to touch down. 32-43.  The from a scrum near the posts which was converted 39-43.

The last try came from Harlow ill-discipline, first at the break down and then with back chat to the referee costing them another 10 meters. Woodford powered through and scored which was converted. 46-43.

The final play saw Harlow desperately try to get the ball keep the ball and create an opportunity. The ball was lost in the lineout/maul and Woodford dived into touch to end the game.

Special mentions today to Ben Ferrier working tirelessly on the edge all game. Matt Macfarlane for his excellent work around the pitch and busting some holes and Tolu Ajubabi back in the form we all like to see.

Lessons we learn from the game. Arrive awake and ready to go. Don’t let teams back into game by losing concentration. Onwards an upwards for next week.

Next week we have a week off before and will be training if pitches are available. We are on the exchange looking for a game on 13th March. 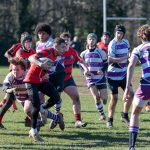 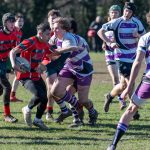 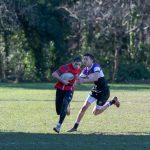 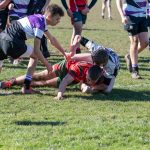 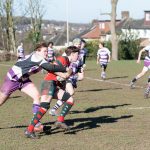 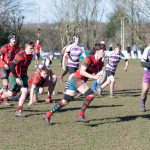 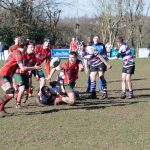 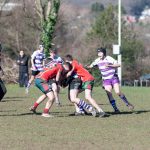 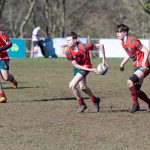 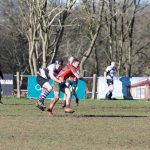 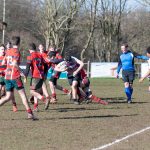 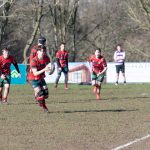 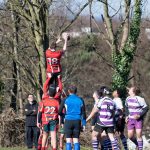 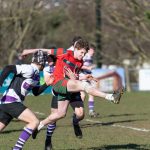 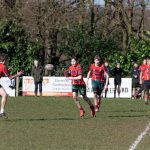 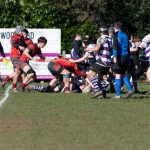 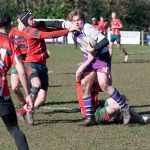 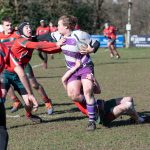 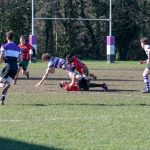 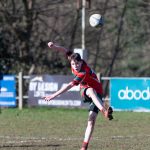 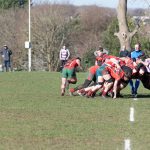 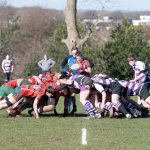 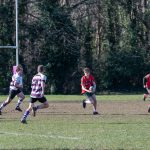 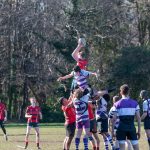 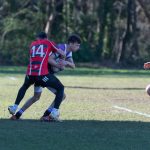 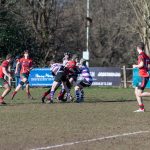 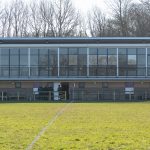