We must begin by thank you all you parents for your support, very much appreciated that you didn’t work working too hard to Paul me when I’m looking for someone to wash the shirts. Without you all shipping our players around and helping each other ship the players around. Our players owe you all a great debt of gratitude. 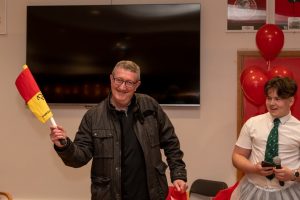 After every match I am asked, as I’m sure many of you are, “are there any photos”  It’s a big thank you Luke, some absolutely cracking photos that don’t only stroke the egos of the players, but also provide great coaching aids

First aid, having people focus on first aid has always allowed coaches to coach, it also helps reassure injured players to a big thank you to Wendy and Kenty for your help. (Even if once we managed to get Wendy in her PJ’s looking at someone)

Of course my fellow coaches. As we moved from minis to juniors we needed to re-focus. Without these two helping me out we would not have developed these players into what they are today.

Since joining our team both have gone onto bigger and better things.  Kenty is also coaching the Saints which will help this group of players as they move into adult rugby. Rundall has really thrown himself into coaching, taking on a role with Essex/Saracens and also here at Harlow as assistant 1st Team coach.

Both experiences have added to the quality of coaching we have been able to deliver to this team. Thank you for all your great coaching!

Most of all though, with this coaching team we would not have been at all successful if all the players we coached weren’t willing to be coached. That’s a reflection on their upbringing and most of all their attitude. Being willing to learn and for being coachable, you are credit to yourselves

Thank you to Henry for leading the players supported by Ben, Danny and Tolu who have taken on the responsibility this season when Henry hasn’t been available.  You are becoming great leaders

Season stats prior 1st May festival:

We won our waterfall cup final against Rochford (even if it was after losing all our other games, we won the one that mattered)

We challenged ourselves in our friendly games winning 4 of 10.

Special mentioned to the eight players who took part in the Essex/Saracens Player Development program and for all you have brought back to the team. Ben Ferrier, Tolu Ajibabi, Jack Rushworth, Joseph Pankhurst. Jamie Oliver, Henry Stovell and of course best of luck to Montelle and Kai as they take on the challenges presented to them next season. 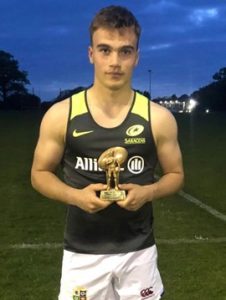 This season we decided to change it up, instead of a most improved back and forward, we have gone for the two most improved players: 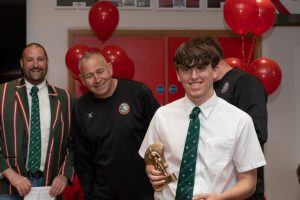 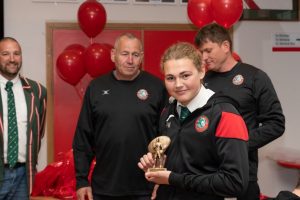 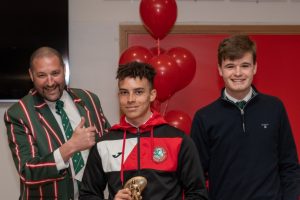 Plans for next season:

The Colts will be overseen by Ian Rundall who will help oversee the team and the transition into the senior squad.

George will be assisted by Charlie Nunn and Mark Kent initially being that familiar coaching face. who will also help players who are ready transition into the senior side this could be as early as your 17th birthday, but only when you are ready which may not be until the later stages of Colts.

The team Manager will remain as Sam “Puggers” Mortimer

Paul Eynon will be spending some time coaching his other son Rhys Eynon, with next seasons under 16s joining their coaching team.

I may, my parting advice to you, stick with this club it’s a great place to be and has so much to offer and you’ll become a better player with deep roots connecting you back to these days.  One day you may even coach a team of your own, think of what we did together and do it, do it better.

Thank you for the last 10 years, best of luck for the future

We have still to come

The players then took over and awarded their thanks you’ s to their coaches and parents.

You had to be there 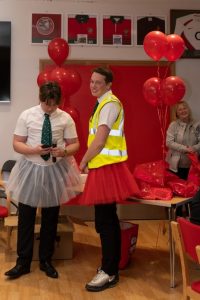