This fixture was arranged due to our friendly with Burnham on Crouch being cancelled, sadly Burnham’s under 16s team has folded. This is a theme which appears to be occurring across the region.  Nonetheless we have an opportunity to take on a team we didn’t know anything about in Hertfordshire for change of scenery on a Sunday.

On a bright morning but cold we travelled to London Colney just outside St. Albans. The players were switched on before kick off with an almost faultless warm up. This appeared to be the key for unlocking a good performance. The return of Henry Stovell as captain after a period of out injured since the early part of the season was a welcome sight.

After a strong start from Verulamians Harlow had to absorb some pressure and in the early part were only able to escape their half on three brief occasions. Harlow had to work hard to get possession of the ball.

When it came to scrum time, to put into context after the first scrum, their coach turned to me as said “it’s fair to say you won that one” this turned out to be an understatement because we had just driven them back and stolen the ball. A theme that continued all game.

From a dominated scrum on the edge of the Verulamians twenty-two, Ben Ferrier was able to pick up and run left breaking through the defence to touch down. Joseph Pankhurst converted.  0-7.

Verulamians came back at us with a series of hard runs catching us off guard at the break down breaking through to score under the post 7-7.

Harlow were craving possession and when they had the ball were in no mood to give it up early. Taking it through the phases to the left of the pitch and then to the right, Pankhurst put Jamie Oliver on a hard line through the gap to touch down.  7-12.

The scrummage dominated by the front row of Greaves, Billington and Williams backed up by the rest of the pack, won the ball against the head followed by pressure building play meant that simple draw and give put Kai Young in space on the right to sprint away and score his first try of the match.  Joseph Pankhurst was unlucky with the conversion hitting the post. 7-17.

While Verulamians were attacking a turnover out on the right gave the backs an opportunity to attack on the left. Great passing, drawing and kept the defence tight then a killer wide pass from Owen Eynon to Montelle Levy gave Montelle open space with much to do a long way out. A little step this way then that and Montelle touched down for Pankhurst to convert. 7-24.

The half time team talk reflected that the players needed to keep the ball go through their processes and the opportunities will keep coming.  Brandon Jackson replaced Joseph Williams at prop and Jacob Heald replaced Owen Eynon (Jacob on the wing and Montelle to full back.)

The second half saw the game continue as the Harlow players were clearly enjoying their rugby. The ball was moving wide, we need to draw attention to the work done off the ball. Henry Stovell had the ball in hand and Jacob Heald on the wing faded outside drawing his opposite number towards him. The call from full back Montelle allowed Stovell to draw his man to pop to Montelle coming through the gap created. Without the call, the movement off the ball this wouldn’t have been possible and then Montelle opened up to touch down. Pankhurst converted. 7-31.

Verulamians retuned the attack and pushed against the Harlow line. A lack of a little defensive discipline gave Verulamians a penalty advantage which they didn’t need to touch down 12-31.

The next attack was Harlow’s and the execution drawing and passing allowed Montelle Levy to touch down for his hat trick. Pankhurst hit the woodwork for the second time today with his conversion 12-36.

A change in tactic for the next try saw Harlow try a driving line out. Solid lifting from Ed Lea and Gabe Greaves meant Corey Kelman was comfortable in the air as his brought it down the drive to the right allowed space to the left which Ben Ferrier took full advantage off driving through and touching down. Pankhurst gave up his newfound hobby of cross bar challenge to convert. 12-43.

The next try demonstrated the power of deception. From a break down Brandon Jackson and Ed Lea ran in towards the ruck making the kind of noise a Boeing 747 makes taking off drawing in many opposition defenders. The play was passed behind them into the space that had now opened up. This pit Kai Young in some significant space as he opened up and went for the line. He took advantage of the camera being on him and had time for a salute before crossing the whitewash. Pankhurst converted 12-50.

The final foray came from Verulamians as they pressurise the Harlow line crossing in the final minutes taking the score to 17-50.

A fine game from a team working hard for each other today. Trusting the process and playing the space in front of them worked very well, a big hand to the all the players for their effort.

Next week Harlow Under 16s will play Brentwood in what will be a fascinating well anticipated encounter after our joint training session earlier this season.  Thank you to Joseph Williams for washing the shirts this week. 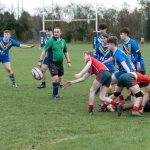 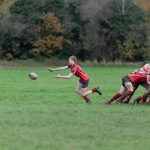 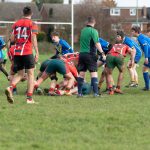 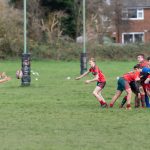 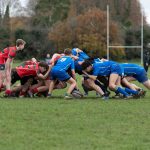 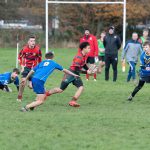 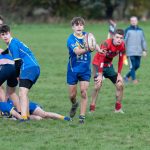 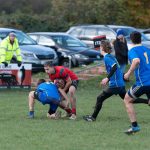 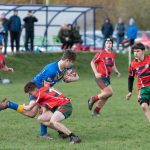 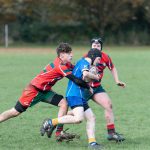 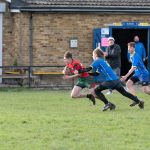 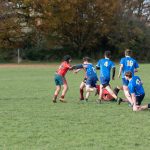 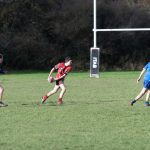 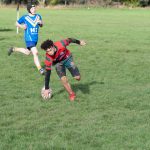 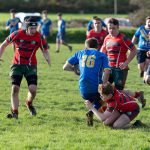 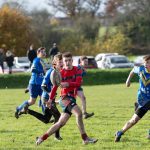 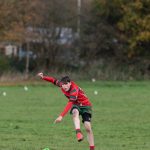 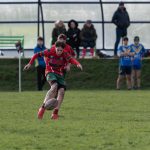 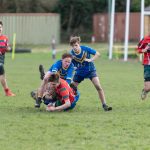 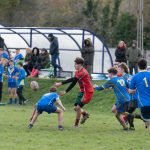 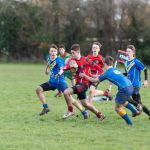 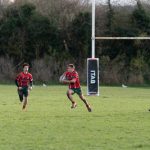 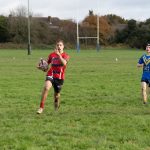 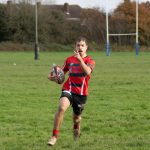 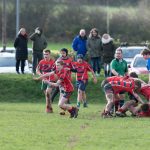